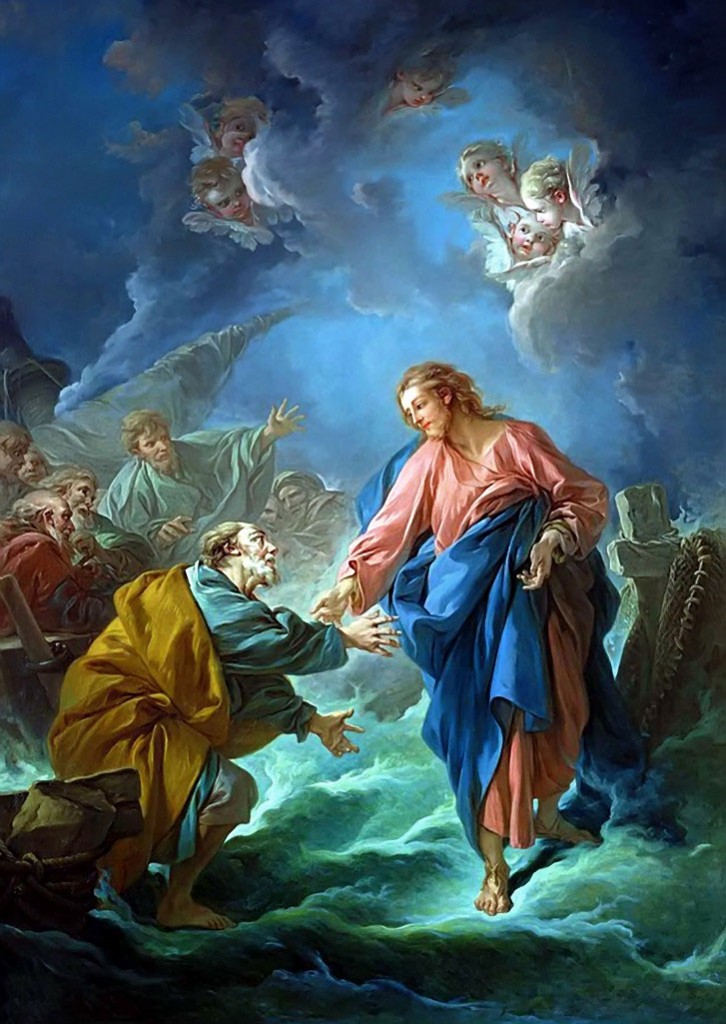 The term ‘faith’ comes from the Hebrew word “aman” which means to be firm, steady or sure. In the Old Testament this term is frequently used with regard to God’s faithfulness in fulfilling the commitments established by the Old Covenant with Israel: “Understand, then, that the LORD, your God, is God indeed, the faithful God who keeps his merciful covenant down to the thousandth generation toward those who love him and keep his commandments.” (Dt 7:9)

In the Old Testament we also find the faithfulness of the people of Israel who placed their trust in God. In fact, in response to their predilection by God, the Israelites responded by remaining firm and sure in placing their trust in God because that trust was founded on the fact that God keeps His promises.

In the encounter with such a faithful God, man must respond by having trust in Him and obeying His Word. Abraham, the Patriarch, is an outstanding testimony in this regard because he entrusted his whole life to God’s providential plans for him. Therefore, in the words of the Holy Father, Pope Benedict XVI, at his general audience on the 24th October 2012, to have faith means to entrust “myself to God with the attitude of a child, who knows well that all his difficulties, all his problems are understood in the “you” of his mother.” (Pope Benedict XVI, 24th October 2012)

In the New Testament, to have faith is to recognise Jesus as the Messiah: “You are the Messiah, the Son of the living God.” (Mt 16:16) To believe means to know and accept Jesus Christ, the only Son of God and the Pascal Mystery: “for, if you confess with your mouth that Jesus is Lord and believe in your heart that God raised him from the dead, you will be saved.” (Rom 9:10)

The faith therefore becomes man’s intellectual ascent to the particular truths about God and Jesus Christ and also the act by which we firmly entrust our lives to “to a God who is Father and who loves me.” (Pope Benedict XVI, 24th October 2012)

If a ‘believer’ can be defined as one who trusts and firmly relies on God, believing in His Word, then the ‘unbeliever’ is the one who does not rely on God, or want to see and recognize the wonders that He has worked in history and in his life, but with a stubborn and rebellious attitude relies on himself and does not believe that God can deliver him from danger and satisfy his needs. The unbeliever is like the Israelites who complained of hunger and thirst to Moses in the desert rather than trusting is God who had just saved them from slavery!

Incredulity is typical of those whose hearts are hardened: “You are to make the heart of this people sluggish, to dull their ears and close their eyes; Else their eyes will see, their ears hear, their heart understand, and they will turn and be healed.” (Is 6:10) This hardness of heart lead that “stiff-necked people” (Dt 33:5) of Israel to reject Jesus as the Messiah and so even though they witnessed His many miracles, He was condemned by Pilate as a criminal.

Incredulity was a condition that Jesus’ disciples also fell into on a number of occasions. For example, they were incredulous when they were afraid of the tempest (Mt 8:26), or when they were worried about the crowds hunger with so little food to go around (Mt 16:8-10) or even when they were scandalised by the mystery of the cross (Mt 16:23) or when they didn’t believe in Jesus’ Resurrection (Mt 28:17).

Lord, many times we are also lacking in our faith and trust in you. Like St Peter we want to ask you to ‘increase our faith’ so that we can be a witness to you before all men!