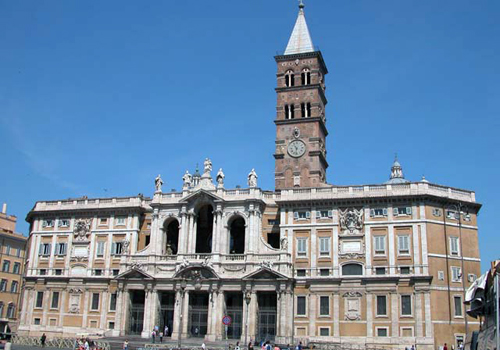 The visit to St Mary Majors Basilica helps us to enter into the heart of the Christian faith contemplating the God who became man to accompany man on his journey. The Basilica conserves the Lord’s manger from Bethlehem and the splendid mosaics give a marvellous catechesis on the mystery of Christ’s incarnation.