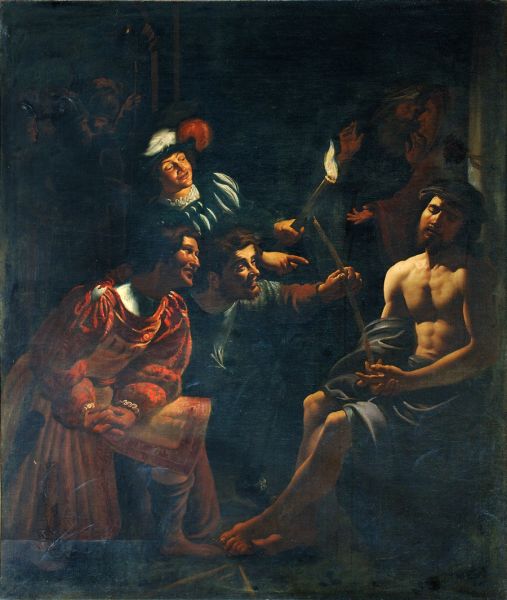 In 1610, the Dutch painter Gerard van Honthorst (1592-1656) went to Rome were he was fascinated by the works of Caravaggio that were characterised by his use of darkness and light. The young artist went on to develop his own distinctive style which was also characterised by the use of light. He specialised in setting the scenes of his paintings by candlelight, with the centre of the flame shining against the shadows and illuminating the focal point of the story that his painting recounted. Gerard’s unique style became so distinctive that he earned the nick name of “Gerard of the night”.

One of Gerard’s paintings, the Mocking of Christ, is displayed in the Church of the Immaculate Conception of the Virgin Mary in Via Veneto, Rome. The theme is taken from St John’s Gospel when Jesus is mocked by the guards prior to being scourged (cfr. Jn 19:1-3). The scene shows Jesus being mocked by soldiers dressed as courtiers in contemporary style for the 1600’s. Jesus is sitting majestically with His arms resting against a column, feet crossed, as if he has been already consigned to the cross. His hands are together with his palms open to indicate His total openness to the Father’s will. 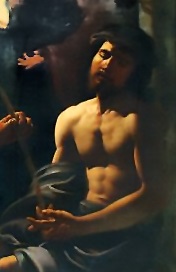 Behind the column you can almost make out a male and a female figure in the shadows. They appear to represent the moment when St Peter betrayed the Lord denying to have ever known Him to the servant girl. In the background on the left, there are the figures of the Roman soldiers who look over the course of events.

The picture is drenched in darkness. Only Christ’s face is clearly visible. He is beautiful in His humanity and able to love even those who persecute Him.