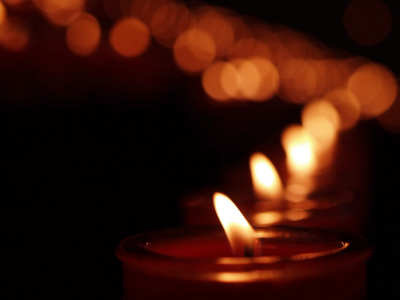 In the Letter to the Hebrews Abraham is praised for his faith: “By faith Abraham obeyed when he was called to go out to a place that he was to receive as an inheritance; he went out, not knowing where he was to go. By faith Abraham, when put to the test, offered up Isaac, and he who had received the promises was ready to offer his only son, of whom it was said, “Through Isaac descendants shall bear your name.” (Heb 11:8,17-18)

Abraham’s faith presents us with three characteristics of faith: obedience, trust and faithfulness that are founded on knowing God as One who is almighty, true and faithful.

Obedience comes from the Latin word ob-audire which means to listen. Therefore, obedience is based on listening to the Word of God which calls man to live in intimacy with Him.

With his free will Abraham welcomed God’s Word because he had already experienced the fact that God is almighty and faithful to His promises. In fact, God told Abraham to leave his land only to be granted another and, despite his wife’s sterility, she was able to give birth to their son Isaac. Abraham remained free to welcome the Word of God and he decided to entrust himself in total abandonment to God without first knowing how God would fulfil His promise. In the faith there is always an element of obscurity because we don’t fully comprehend what we are called to believe. Faith requires trust and abandonment.

Abraham trusts the Word of God because he knows that God is Truth in person. When God asked for the sacrifice of his son, Isaac, humanly speaking Abraham suffered, but his faith remained firm as he trusted God. In the 22 chapter of the Book of Genesis, we read that Abraham travels to Mount Moriah with his son and servants to sacrifice Isaac. At a certain point, Abraham says to his servants, “stay here with the donkey, while the boy and I go on over yonder. We will worship and then come back to you.” (Gen 22:5) Abraham is sure that, in some way, God will restore his son. Centuries later, the author of the letter to the Hebrews explains Abraham’s thoughts, “He reasoned that God was able to raise even from the dead.”(Heb 11:19) Abraham is stable and perseverant in his decision to follow the divine indications given to him and he was also heroic when that decision was put to the test.

Abrahams faithful stability consists in his once and for ever decision to follow the Lord, to obey God without questioning His Will when faced with difficult trials. “But my just one shall live by faith, and if he draws back I take no pleasure in him.” (Heb 10:38) God’s plan always includes moments of proof and consolidation. Abraham’s trial was difficult and could even seem inconsistent with the promise that God had made in relation to Isaac: “Through Isaac descendants shall bear your name.” (Heb 11:18)

Abraham was tempted to say no to God and his temptation consisted in judging the Word of God in accordance with purely human criteria. Abraham was faithful to God because he heroically aligned his thoughts to those of God.

Let us ask if we can also have a faith similar to that of Abraham. Let is entrust ourselves to God when faced with trials and difficulties. Let us always seek to recognise the power of God and place this before our own limited reason. If we had faith as small as a mustard seed we could move mountains (cfr. Mt 17:20). Is our faith truly like this?