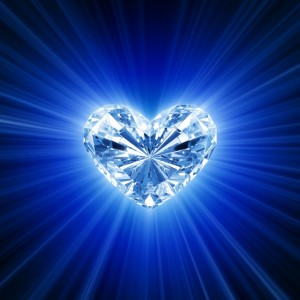 The practice of devotion to the Sacred Heart of Jesus was spread due to Jesus’ private revelations to St Margaret Mary Alacoque, a nun of the Paray le Monial Convent in Paris, and was propagated by her confessor the Jesuit, Fr Claude de la Combiere (1641-1682). The feast of the Sacred Heart was celebrated for the first time in France in 1865 and by the Universal Church in 1856 thanks to Pope Pius IX.

On the hundredth anniversary of the extension of the feast of the Sacred Heart to the Universal Church, Pope Pius XII wrote the encyclical Haurietis aquas (1956). The encyclical has a strong biblical foundation and it takes its name from a citation from the Prophet Isaiah, “you shall draw waters with joy out of the Saviour’s fountain.” (Is 12:3)

The Church has always held devotion to the Sacred Heart of Jesus with great esteem and has adopted every means to defend the devotion against the accusations of sentimentality. This devotion is even considered by some Catholics somewhat superfluous or a devotion for ordinary people or women rather than a devotion that demands our “complete and unreserved determination to devote ourselves to the love of the Divine Redeemer.” (Haurietis aquas no, 6)

Haurietis aquas emphasises the profound significance of devotion to the Sacred Heart of Jesus which is the love of God, who so loves us that He gave His only Son so that everyone who believes in Him may have eternal life. (cfr Jn 3:16; 8:32)

Pope Pius XII founds devotion to the Sacred Heart on the Word of God by highlighting passages in the Sacred Scriptures in which God’s love for men is explicitly expressed. The image of Jesus’ Sacred Heart is the symbol of the infinite love of the Divine Redeemer. (cfr Haurietis aquas no 20) Moses and the prophets understood that the foundation of the Law was love and described it as such by using metaphors of the love of a father for His children, or for a man for his wife rather than the harsh images that speak of God’s dominion over His people. (cfr Haurietis aquas no 25) How can we forget the beautiful expression used by Moses in the canticle of the liberation of the people from Egypt: “ like an eagle watching its nest, hovering over its young he spreads out his wings to hold Him, He supports Him on his pinions” (Dt 32:11)

How can we not be moved by the passionate love of God for His people expressed by the prophet Hosea? “When Israel was a child I loved him, out of Egypt I called my son. Yet it was I who taught Ephraim to walk, who took them in my arms; I drew them with human cords, with bands of love; I fostered them like one who raises an infant to his cheeks; Yet, though I stooped to feed my child, they did not know that I was their healer.” (Ho 11:1, 3-4)
God’s tender, indulgent love persists even despite man’s infidelity and is never retracted but burns ever more ardently for men. This love was to become the foundation stone of the New Covenant when the Word became Flesh for our Salvation. There is no doubt that, through the Incarnation, Jesus Christ possessed a true human body and therefore has a physical heart that is like ours, capable of beating with love for human nature, formed in pure human flesh that is capable of suffering and being pierced with a lance on the cross for love of mankind.

Through the Incarnation, the Son of God is united to every man. He has worked with human hands, thought with a human mind, acted with human Will and loved with the heart of men and so, united to us in this way, Jesus close to us in every situation.

Heart of Jesus, burning with love for all who invoke you, have mercy on us.