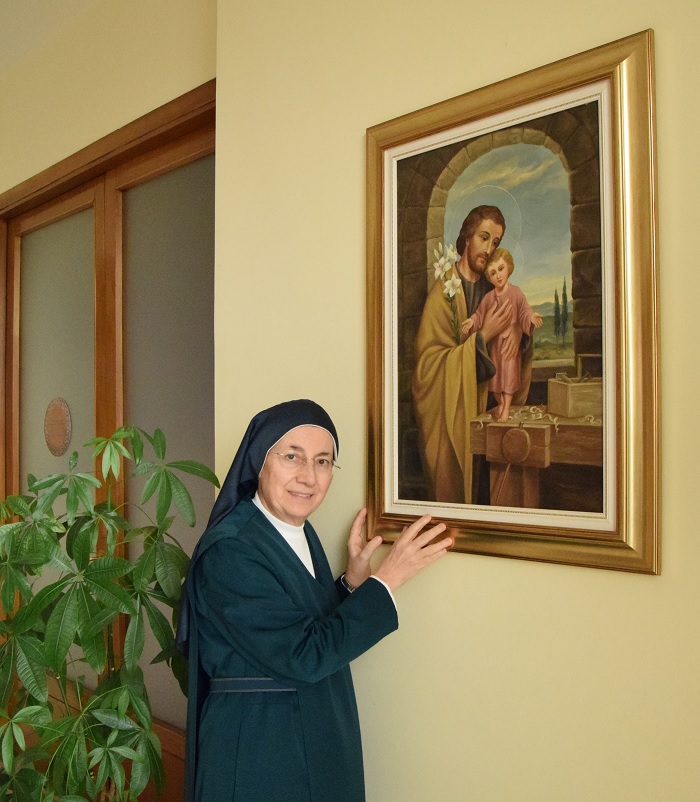 When, at the end of December 2006, I entered the carpark of a property in the Via delle Vigne Nuove, Rome I did not imagine that the ‘prophecy’ of St Joseph was being fulfilled.

My name is Mother Rebecca, superior of the Missionaries of Divine Revelation. Our community was born in the Roman Diocese on the 11th February 2001 after a long period as consecrated lay people. We were spiritually born at the Grotto of the Tree Fountains, Rome where, in 1947, Our Lady appeared under the title of the Virgin of Revelation to an anti-clerical protestant, Bruno Cornacchiola, who wanted to kill Pope Pius XII. Our mission is dedicated to the New Evangelisation with the objective of spreading devotion to the ‘Three White Loves’ of the Catholic Church: the Eucharist, the Immaculate Virgin Mary and the Holy Father.

At the start, our base was a little apartment that was rented to us by friends who were devoted to the Virgin of Revelation. From the first nucleus of 7 sisters we grew to 9 and then 10 ... The Vicariate of Rome, recognising our growth as a sign of God’s blessing, rented us a property on the top floor of an apartment owned by the Diocese in the centre of Rome. From the terrace we could admire all the domes of the Churches in the historic centre that alternated with the sophisticated satellite antennae.

It seemed like we reached an ideal solution for our growth and the development of our apostolate. The terrace was our meeting room, there were many Churches nearby, we had an oratory, the Circo Massimo was our garden and we could take our Sunday strolls to the Isola Tiberina. The Lord, in His infinite goodness, continued to send girls who, given their devotion to the Virgin of Revelation, would ask to come for an ‘experience’ with our Community. How could we welcome them? There were many practical problems. Our guest room was used as a Sacristy and a meeting room…. We needed some more rooms! Therefore, we started to pray and to search once more for a new home. Our economic resources were very scarce, even though many people, including our family and friends, were willing to pay part of a mortgage on a new home.

Together with the vicar, Sr. Daniela, we started to visit many properties of various sizes that were owned by religious institutions trustfully waiting to find the one assigned to us by Divine Providence. Our search lasted over 3 years without any success. We had already invoked the help of Saint Joseph many times by dedicating prayers, novenas and the holy cloak (30 days devotion with litanies and prayers) to him, but... nothing!

One day I met a "daughter of Saint Joseph" and I confided to her our sadness at not having found an adequate solution for our growing community. I asked her if she could recommend a "special" prayer to me. With great determination she suggested that I write a letter to Saint Joseph. I was amazed at such a simple proposal and so I asked her for a further explanation. She confirmed that I should write a letter to Saint Joseph listing the necessities of our community, because Saint Joseph would respond to our list of requests. She answered me, saying that she was sure we would receive everything we needed.

I was not at all convinced of this kind of "prayer", but I gathered the community together to write the letter to Saint Joseph. We sat around the table and I asked the sisters to imagine how they would like our convent to be because Saint Joseph would respond precisely to our requests. I spoke in a very humorous way to hide my incredulity at what we were doing.

The sisters, full of faith and devotion, began to list their requests: from a beautiful chapel to a large refectory; from a garden to a guesthouse; from about thirty bedrooms to areas for study and conferences, and a statue of St. Joseph. To conclude, I added a request for a Nissan - Serena minibus. The request was written on the 7th June, 2006, on a simple piece of paper that we placed behind the only image of St Joseph that we had. 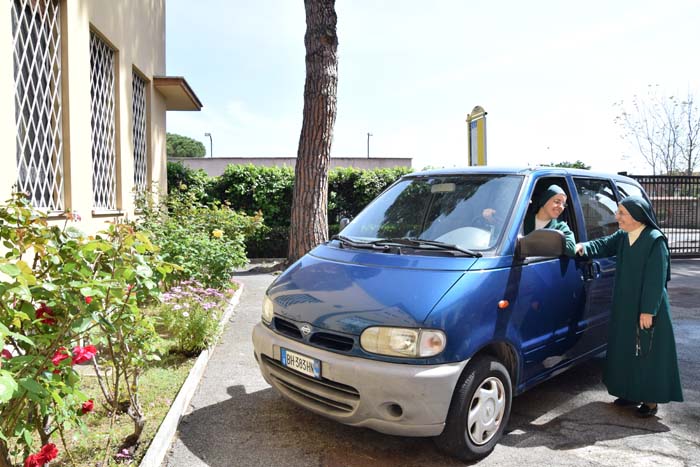 None of the sisters remembered the letter that we wrote. Even, in December 2006, when we were invited to visit another potential property, we did not imagine that Saint Joseph had already prepared everything for us.

Both Sr Daniela and I were overwhelmed by the large property we were visiting. We tried to end the meeting quickly, because we already knew that we could not afford the rent on such a place, let alone a purchase!

The Sister, a Pontifical representative, that was charged to find a solution for the community that currently lived in this building, put my mind at rest saying that we would only have to take care of the last remaining elderly Sisters at the convent and then the home would be all ours!. No! We could not believe it! As we left the property, we saw a Nissan minibus in the car park ...we could not believe our eyes! We returned home and recounted everything to the sisters. One week later, on 6th January 2007, we confirmed that we would accept the proposal.

On February 11th 2007, the feast of Our Lady of Lourdes and the 6th anniversary of our first approval by the Church, all the community went to Via delle Vigne Nuove, to have lunch with the elderly sisters of the other community. Everyone, from both communities, were full of joy and sang a hymn of thanksgiving from our hearts to the Lord. 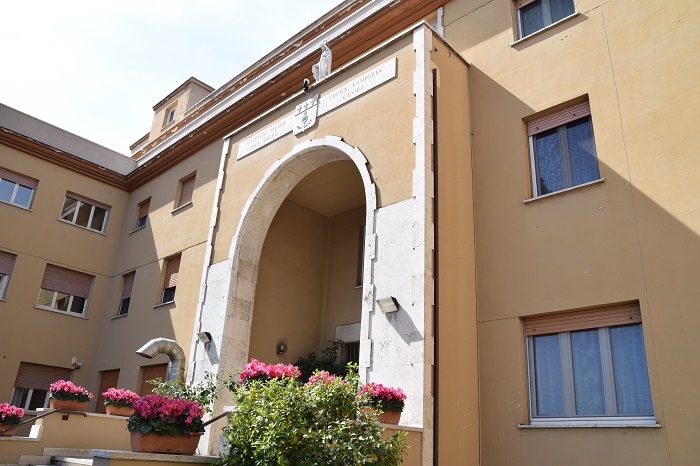 Finally, on 25th June 2007, we moved into the new home given to us by the Lord, through the intercession of Saint Joseph, for the start of a new adventure. On the 1st July we celebrated a solemn Mass of thanksgiving to the Lord, full of gratitude for the great gift received and also with great awareness of the responsibility of such a gift. At the outset, we said to ourselves, if the Lord has given us such a large convent it is because He wants us to open it to welcome those who wish to meet Him, those who yearn to live moments of joy and peace that only Jesus can give us.

From that moment onwards, Saint Joseph is always invoked by our community with great love and trust. We are certain that he knows how to listen to our cry for help in the midst of the trials that life brings. I must also add that many times I asked Saint Joseph to forgive my initial incredulity when, almost as a joke, I had encouraged my sisters to write him our ‘wish-list’ letter. Thank you, Saint Joseph, we are grateful that Jesus always listens to those who in life never denied Him anything!