On March 25 each year, the Church pauses during Lent to solemnly celebrate the Feast of the Annunciation which falls exactly nine months before Christmas. In any case, this joyful interval cannot be considered as an interruption of our Lenten journey because all the mysteries of the life of Jesus are connected to each other. The work of Redemption, which will culminate in the unfathomable episode of the Passion, Death and Resurrection of the Son of God, began at the moment of his Incarnation in the womb of the Blessed Virgin Mary.

In a special way, in this year dedicated to Saint Joseph, we want to meditate on the great gift of the Incarnation from God the Father through the pure gaze of the Queen and Mother of Christians and the chaste eyes of the faithful foster father of Jesus, St Joseph. 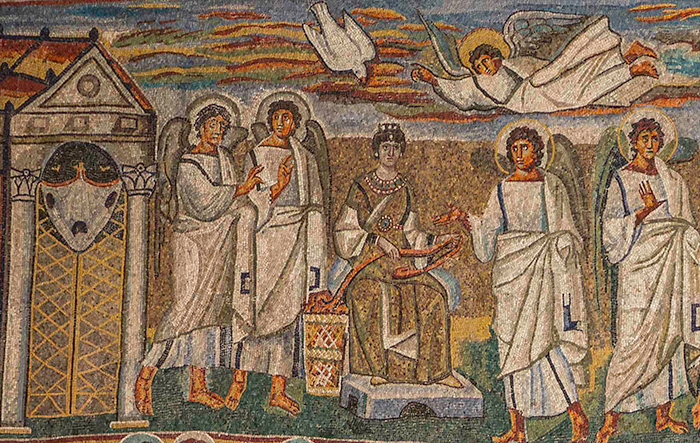 If we look closely at the fifth century mosaics in the Papal basilica of St Mary Majors, located in the triumphal arch is the mosaic of the Annunciation of the Angel to the Virgin Mary and the Annunciation of the Angel to St. Joseph. In front of the altar, looking up to the left, we see the Holy Mother of God at the moment when the angel Gabriel gives her the great announcement that the much-awaited Messiah would finally arrive and that her holy womb will become the Tabernacle of the Infant Saviour. The Virgin Mary gave everything she could to generate the humanity of the One who freed us from eternal death and broke the chains of Original Sin inherited from our forefathers. This is represented visually on the mosaic by the Virgin Mary weaving a red cloth which is a sign of Christ's humanity and of his redeeming blood. Following Mary’s, "yes", our whole life has changed forever. As Saint John Paul II says, "the Eternal enters time, the Whole lies hidden in the part, God takes on a human face." (Fides et Ratio, 12).

From Eternity, the Holy Trinity arranged every detail for the coming of the Saviour by preparing a mother and a father for Him: the Immaculate Virgin and Saint Joseph, a silent and hidden man, who, after Mary, is the most important figure in this inscrutable event. The chaste and holy union of Mary and Joseph was the nest of pure love prepared by God to receive his divine Son. This was humanity's first Christian marriage from which we too benefit. In fact, as God's children, we were generated in Christ’s offering on the Cross which passes through the offering of his Mother. Also, as part of the Church, we are entrusted to the patronage of the glorious patriarch Saint Joseph. The great doctor of the Church, Saint Ephrem, said that, "he who is the Son of God is also called the son of David and the son of Joseph". These words admirably underline the greatness of this saint who received the greatest of all honours to guard, educate and protect the long-awaited Messiah who is, " a light for revelation to the Gentiles, and glory for [the] people Israel" (Lk 2: 32).

Just as Jesus gave us Mary as our Mother, in the same way, we are also under the protection of that holy man whom God made the Foster father of his Son. Therefore, Joseph's, "yes", like that of the Virgin Mary, went far beyond the glorious moment of the beginning of Jesus' earthly life. Saint Joseph’s courage made him, after the Virgin Mary, the greatest example of fidelity and abandonment to God and therefore worthy of the trusting recourse of all Christians. 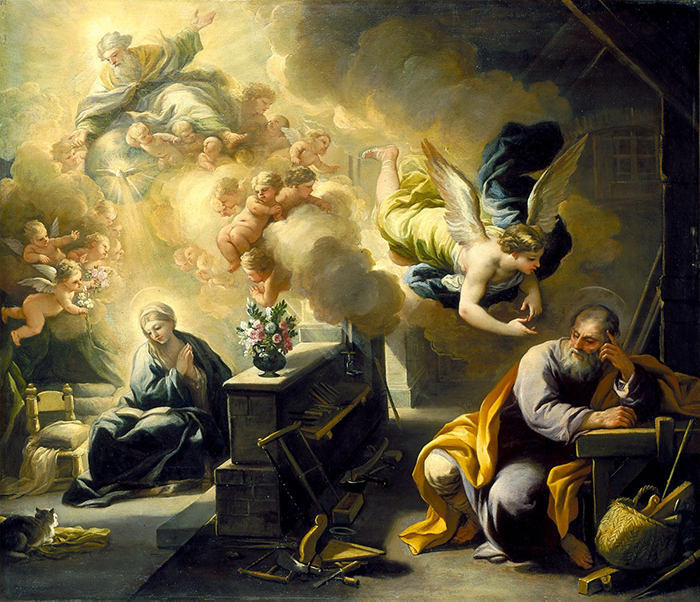 On this joyful and solemn day, we resort to the intercession of Mary Most Holy and Saint Joseph to obtain the grace of a renewed journey of faith and perseverance, especially in this year marked by the plague of the pandemic.