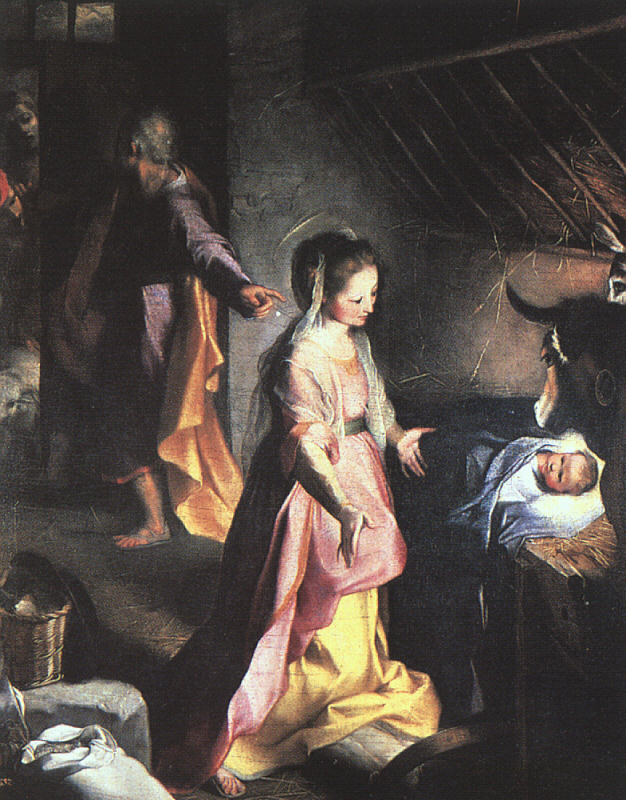 Christmas is the ideal time to contemplate the Lord’s birth through one of the most beautiful works of art: the Nativity by Barocci.

Frederico Barocci (1530-1612), is one of the most important mannerist painters of the 16th century who applied an extraordinary use of colour, characterised by warm colour shades, to his artistic work. The major part of Barocci’s masterpieces have a religious theme that was inspired by his deep faith. According to Barocci, art has the extraordinary ability to represent the transcendent presence of the invisible God before the eyes of the onlooker.

The Nativity (circa 1590, Prado Museum, Madrid) is a clear example of Barocci’s style and work. The enchantment and poetry of the painting is brought to life by the light that illuminates the whole stall and calls to mind the words of the Gospel: “The true light, which enlightens everyone, was coming into the world.” (Jn 1:9).
The light comes from that child whose head is nestled on the white cushion and whose splendour is reflected in the eyes of the animals that surround Him. Mary’s blue mantle covers the Baby which signifies the humility of God who allowed Himself to be clothed in humanity.

Light shines across the scene on the diagonal angle, striking Mary who gently beholds her Son. We too can contemplate the mystery of the Incarnation, the fact that God became man, God became a child. Mary has her arms open in a tender, welcoming gesture that encloses the whole of the scene. Joseph, on the other hand, stands at the doorway in the shade testifying and announcing Jesus’ birth to the shepherds. Immediately upon greeting the shepherds, Joseph indicates the Lord. He was displaying that missionary zeal that drove him to proclaim Christ’s birth to the world.

The shepherds are standing at the threshold, which symbolises an interior discernment because it is not easy to recognise that this Baby is the Saviour of the world! Just like the shepherds of that time, we too, at this Christmas, are on the threshold of the stable in Bethlehem. To enter that place means that we too recognise and adore that Child who came to bring salvation to man. The entirety of the mystery of man’s salvation is enclosed in that Baby who chose to lie in the arms of Mary and to grow in the school of Joseph.
Let us welcome the coming of Jesus! Let us beg that, together with Him during this new liturgical year, we may become ever more faithful witnesses and be heralds of God’s message of Salvation.

Let us thank God for the immeasurable gift of Jesus Christ.