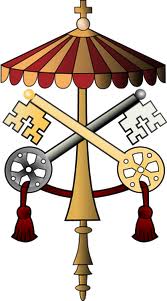 From 8.00pm on the 28th February 2013 the Seat of Peter became known officially as Apostolica Sedes Vacans, awaiting the election of the new Holy Father. The preparations are now underway to elect the new Pope in the historic setting of the Sistine Chapel. As the Conclave approaches, the Sistine Chapel – “la Cappella Magna” of the Holy Father becomes the fulcrum of attention both inside and outside the Church. In this historic Chapel, commissioned by Pope Sixtus IV in 1475 that still bears his name, the Cardinal electors will enter to choose the new Holy Father – the 266th successor to Peter. Entering the Sistine Chapel by the main door, the Sistine Choir sings Veni Creator Spiritus – Come, Holy Ghost, Creator blest, as the Cardinals, and all in the Church, pray for the decent of the Holy Spirit to enlighten their choice.

Just a quick glance at the artistic masterpieces of the Chapel could well prove inspiring as the Sistine Chapel, has much to teach us about the origin, purpose and history of the Papacy. What are the lessons hidden in the Chapel’s masterpieces that can give insight to those participating in the conclave that is about to commence?

A cursory glance towards the windows in the Chapel reveals the Gallery of the Popes and the viewer sees the 30 first Holy Fathers of the Church look down upon with their paternal gaze at the events that are about to unfold. The Gallery of the Popes reminds us that there is an unbroken link from Christ to Peter to Pope Benedict XVI and his successor about to be elected. This election forms part of a 2,000 year unbroken tradition.

On the right wall we see the life of Christ depicted through various scenes. The famous fresco “The Handing of the Keys” by Perugino, painted in 1482, takes on a whole new poignancy as the Chapel becomes the back drop to the conclave, the place where the Keys will be once more handed onto Peter’s successor.
Finally, our gaze is drawn inexorably to the image behind the high Altar – the famous fresco by Michael Angelo, the Last Judgement. In this scene Christ comes in all His glory, surrounded by the Angels and Saints, to judge the heavens and the earth. It poses a question, “what have you done with the commission I gave you.” Today, looking at this scene we are reminded of Blessed Pope John Paul II’s reflection on the scene as he considered the election of his successor before this image:

“The Sistine painting will then speak with the Word of the Lord:
Tu est Petrus (You are Peter), as Simon, the son of Jonah, heard.
“To you I will give the keys of the Kingdom.”
Those to whom the care of the legacy of the keys has been entrusted
gather here, allowing themselves to be enfolded by the Sistine’s colors,
by the vision left to us by Michelangelo —
so it was in August, and then in October, of the memorable year of two Conclaves,
and so it will be again, when the need arises after my death.
Michelangelo’s vision must then speak to them.”

“It is necessary that during the Conclave, Michelangelo teach them
Do not forget: Omnia nuda et aperta sunt ante oculos Eius.
You who are in all, show the way!
He will teach you …”

Let us pray that the Lord will speak in the hearts of the Cardinals to enlighten them as to the rightful successor to Peter.