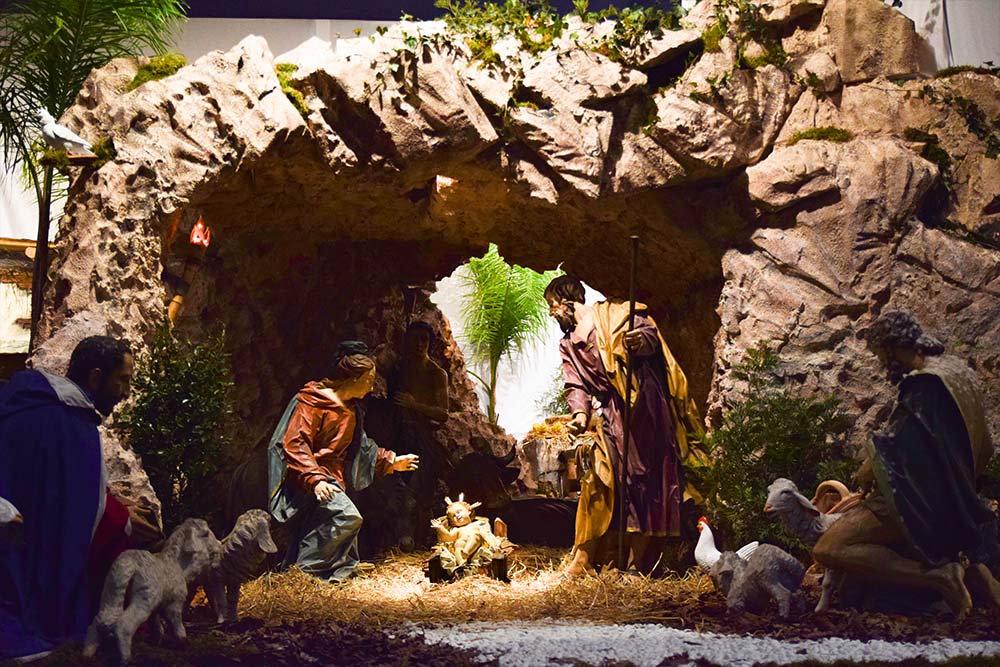 On Christmas Eve 1223, in Greccio, a small place approximately 60km to the northeast of Rome, the practice of creating Nativity scenes was born. The first, requested by St Francis, was a live re-creation of the cave of Bethlehem complete with a living ox, ass and donkey! 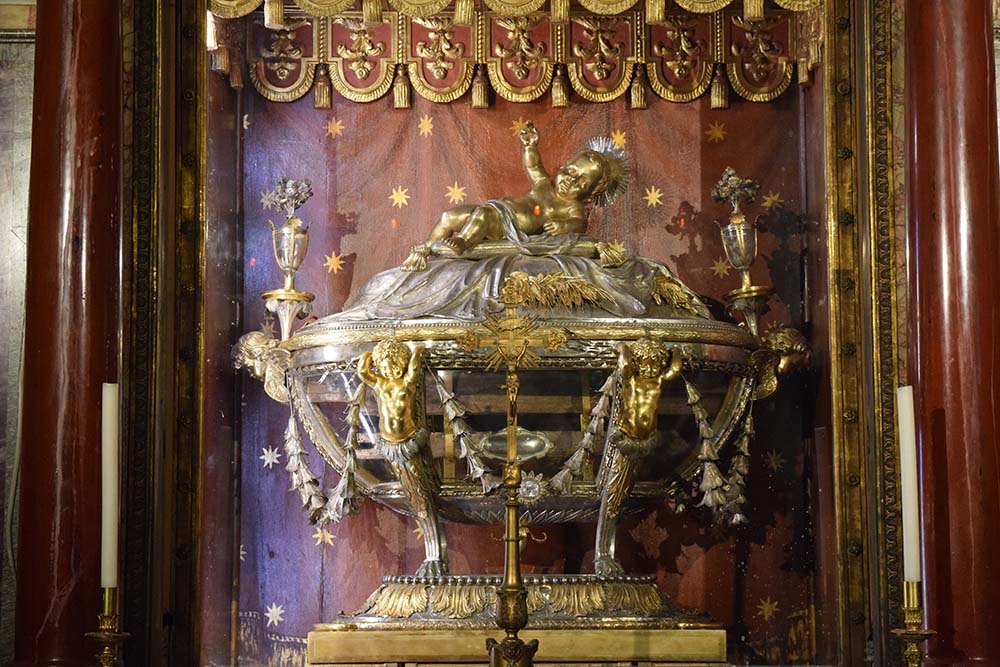 It is thought that the poverello of Assisi probably contemplated the Lord’s manger which from the 7th century, had a place of honour in ‘Rome’s Bethlehem’ or St Mary Majors Basilica. As such, he desired to create the scene so that he could see how Christ, “was born in Bethlehem, and all the hardship He must have endured.” Francis sought permission of Pope Innocent III for this novel, yet solemn, celebration because he wanted to use the reality of the scene to awaken love and devotion for the Lord in the people of his time. He explained to John, his assistant in the marvellous enterprise that, “I would like to see with my own eyes how it was to lie in a manger and to sleep on hay between the ox and the ass.”

St Bonaventure recorded some of the details of that celebration, “He prepared a manger, and brought hay, and an ox and an ass to the appointed place. […] The man of God [St. Francis] stood before the manger, full of devotion and piety, bathed in tears and radiant with joy; the Holy Gospel was chanted by Francis, the Levite of Christ. Then he preached to the people around the nativity of the poor King; and being unable to utter His name for the tenderness of His love, He called Him the Babe of Bethlehem.” 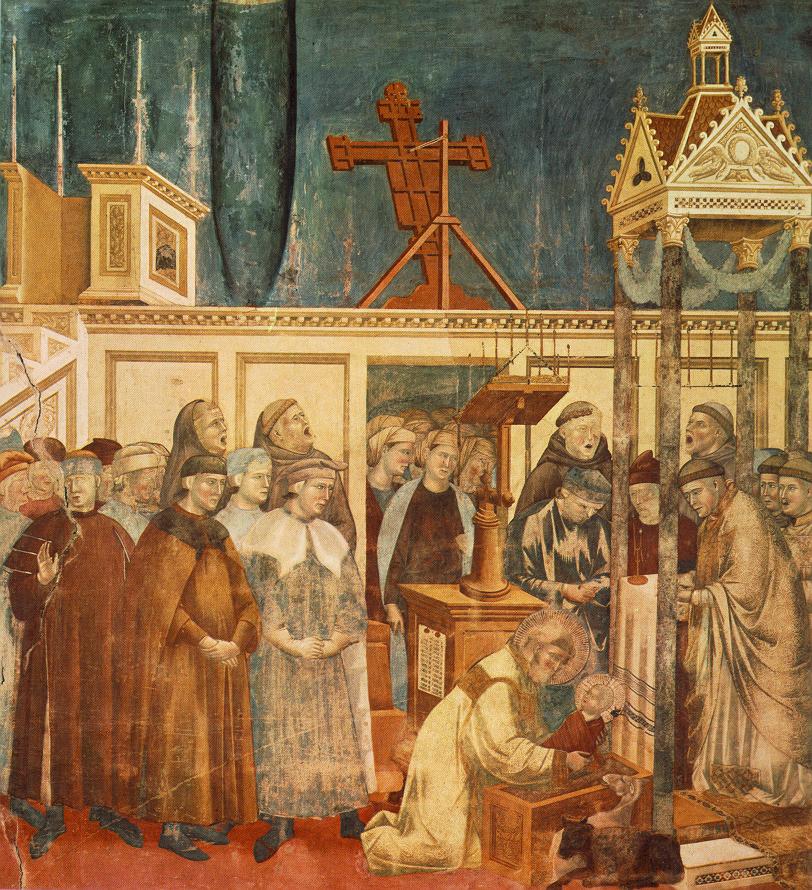 Giotto Institution of the Crib at Greccio Image: Wikipedia

Miraculous events gave the heavenly seal of the Baby God’s pleasure at this manner of contemplation of His incarnation. Thomas of Celano records the fact that John received a vision of a babe sleeping in the manager who was awakened by St Francis’ approach. Even the hay used in the celebration brought healings to the animals following the sacred re-enactment of the Lord’s birth.

Through the centuries that have passed, the Nativity scene has inspired countless artistic masterpieces. In homes, Churches, schools and even civic buildings there has long been the beautiful tradition of preparing a crib for Christmas. Many generations – young and old alike – have visited that manger at Bethlehem through the presence of a nativity scene to greet the Christ Child and contemplate His birth, just as St Francis did. In 1982, St John Paul II started the tradition of having a huge Crib in the centre of St Peter’s Square, Rome and one inside the Basilica. The Pope later explained that the Crib represents, “a sign of faith in God, Who in Bethlehem came to lie in our midst.” (Pope John Paul II 12 December 2004) 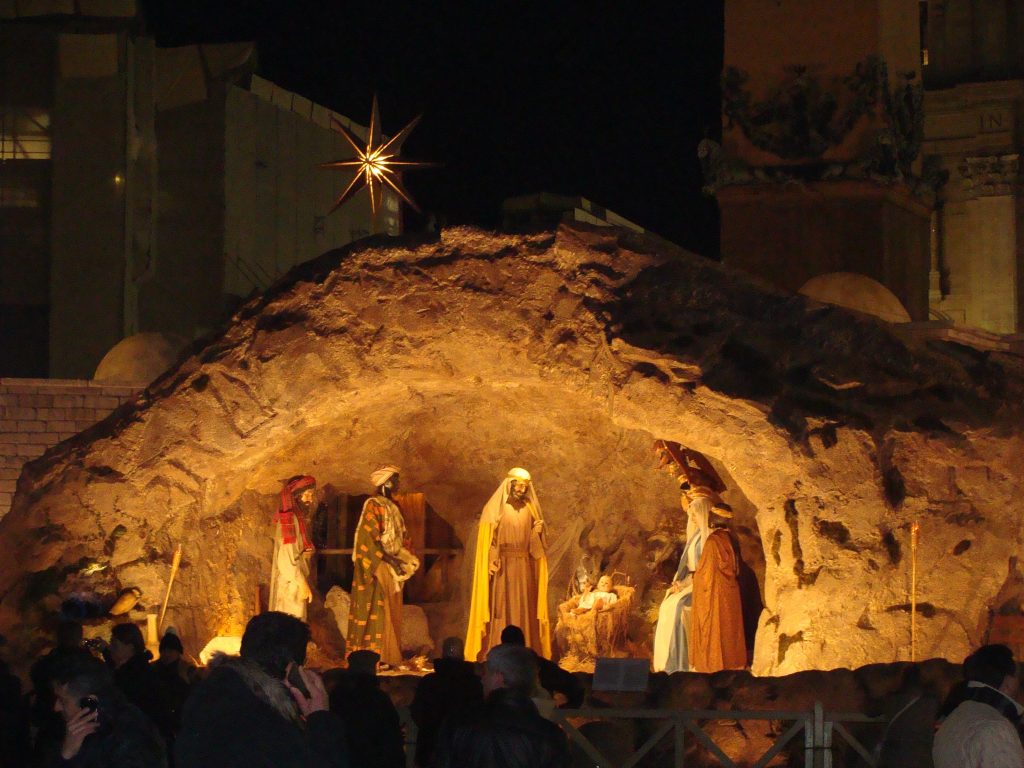 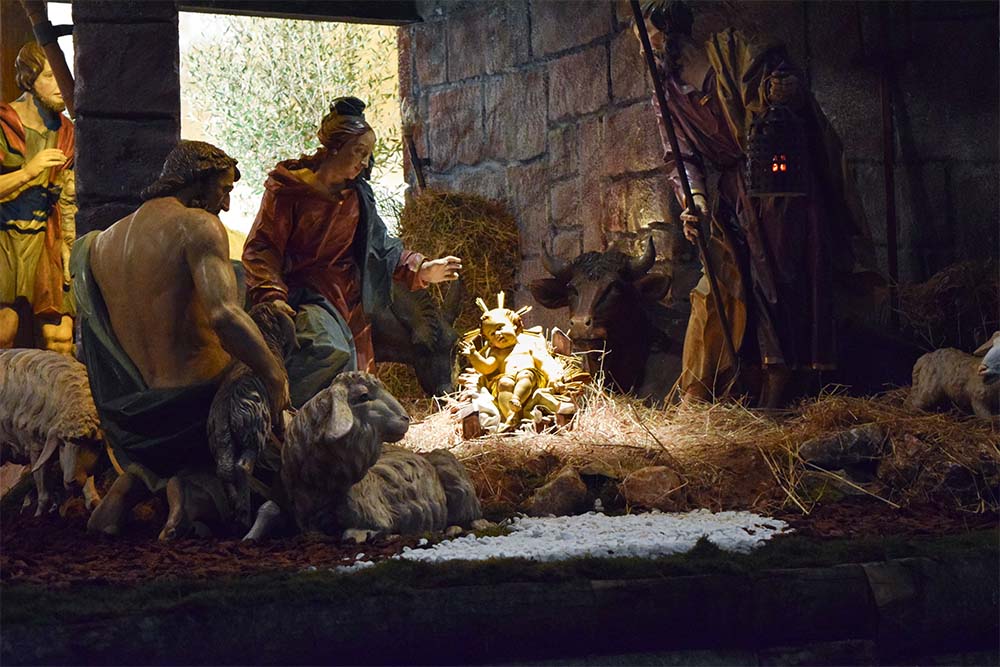 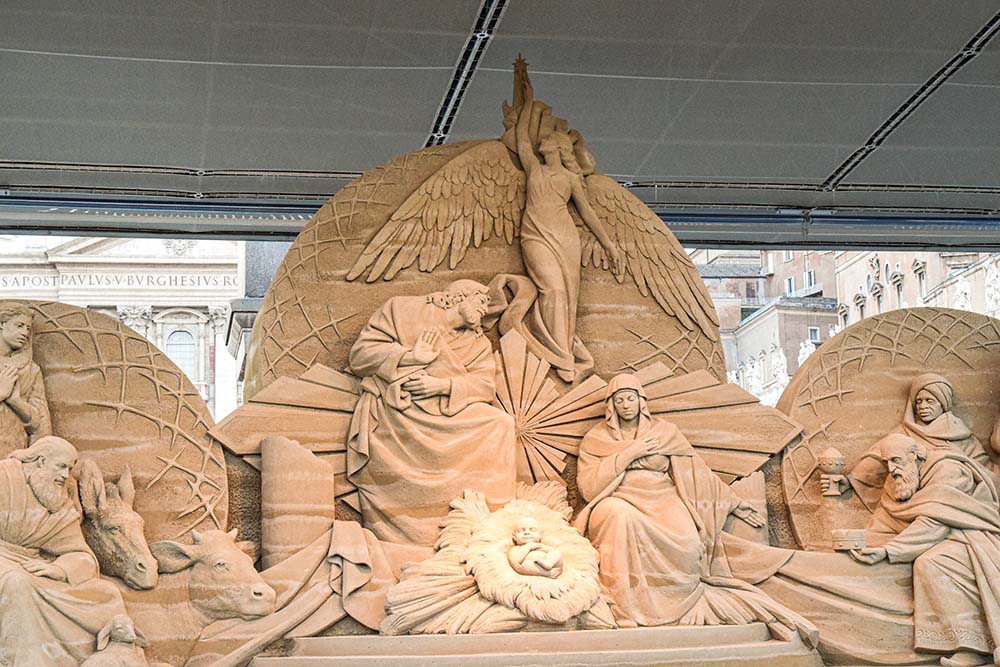 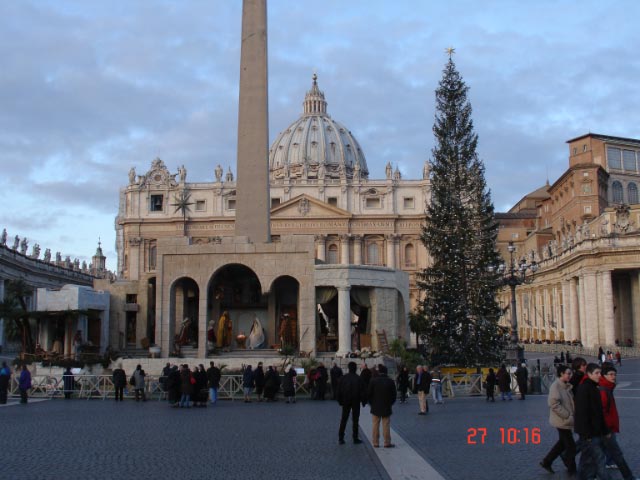 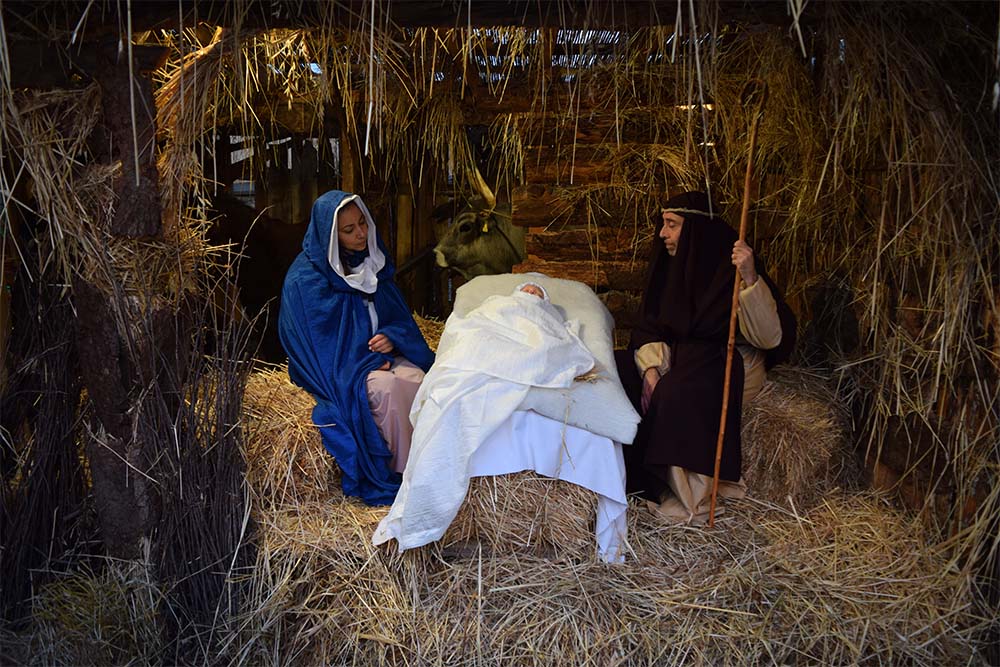 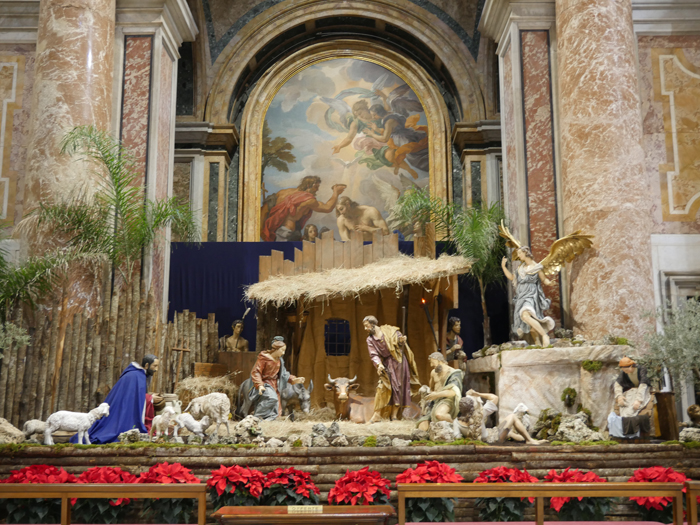 Nativity scenes come in many forms. Some are set traditionally in a stable in Bethlehem while others are depicted in far off places like the deserts of Africa or the Neapolitan farmhouses of the 15th century. The English writer, G.K Chesterton, reflected on the diversity of these Nativity scenes concluding that the Truth they display is indifferent to its setting:

“No man who understands Christianity will complain that these pictures are different from each other and different from the truth, or rather the fact. It is the whole point of the story that it happened in one particular human place that might have been any particular human place; a sunny colonnade in Italy or a snow-laden cottage in Sussex.” (GK Chesterton, The spirit of Christmas)

The assorted forms of the Cribs symbolises the fact that, although Christ was born in Bethlehem 2,000 years ago, by celebrating Christmas, He is born into the TODAY of our lives and our hearts wherever we are in the world. In a world that is often forgetful of Christ, or worse still, wants to erase His memory, the sight of a crib is a reminder of the fact that He is Emanuel – God with us. Therefore, the more we continue to ‘present’ our nativity scenes to the world, the more we also ‘silently’ proclaim our belief that Christ became man in a humble stable for our salvation. 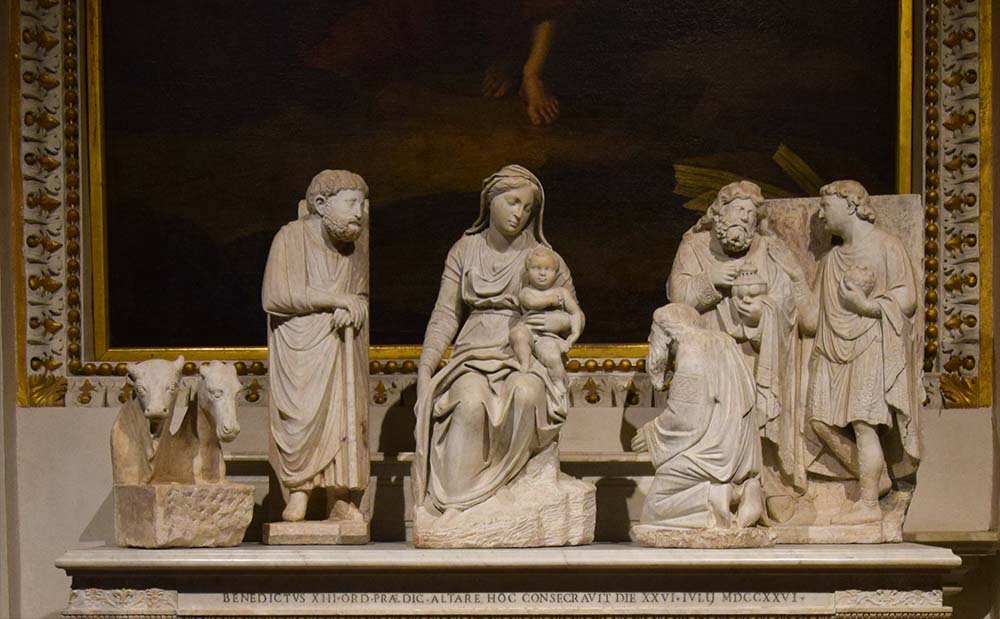 Like St Francis, by contemplating the nativity scene, we too can experience the miracle of Bethlehem and allow it to ignite our love of God. Looking at the Baby in the crib we need not feel afraid to approach Him and warm Him with our love. We too can take up the Angel’s invite on that first Christmas to behold the “good news of great joy” (Lk 2:10) who has entered the realities of our everyday lives.