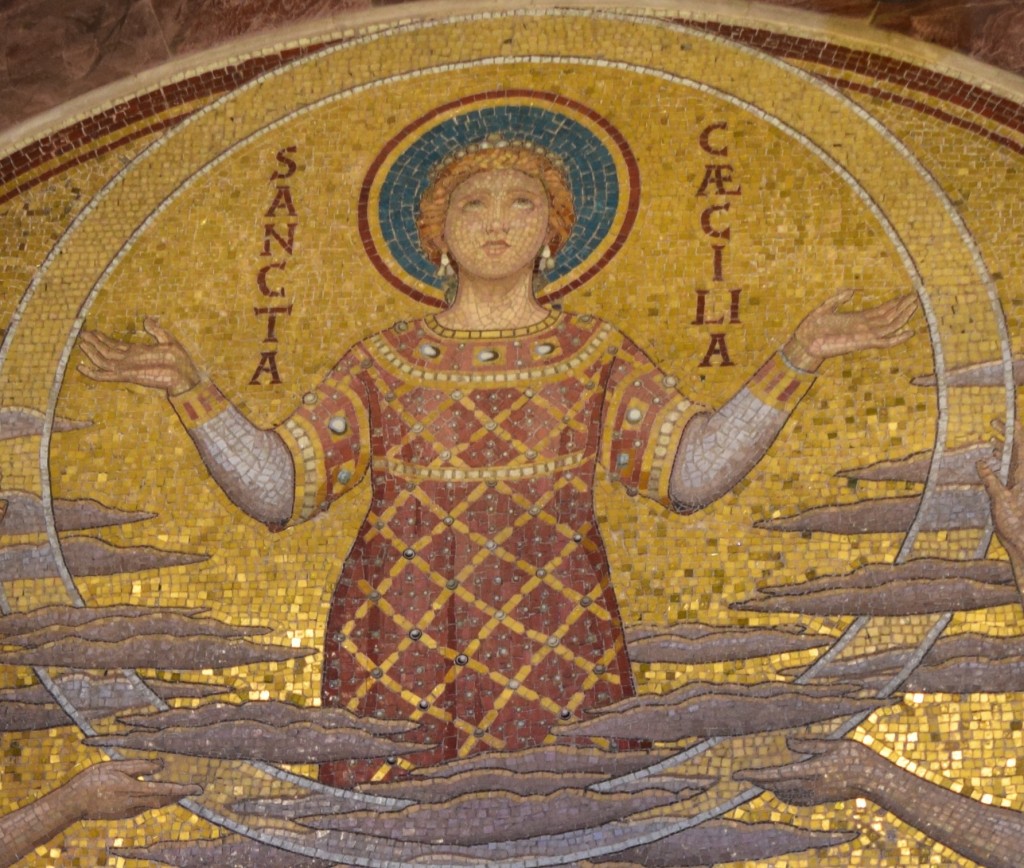 Since the 4th Century the Church has honored St Cecilia, a Virgin, spouse and martyr who is often remembered as the Patron Saint of musicians. Surprisingly to some, Cecilia was no musician! Her “song” was that of love, love of Christ and Christian witness and this music can still strike a chord that resonates with us today.

Cecilia lived at the beginning of the 3rd Century and was known, not only for her great beauty, but mainly for her love of Jesus which she expressed through the care of the poor. Her parents promised her hand in matrimony to a noble pagan youth called Valerian and following the nuptial feast, she made a startling confession her new spouse:

“Know Valerian that I am Christian. From my infancy, I have been consecrated to God by dedicating Him my virginity and He has appointed an angel from heaven to protect me from every insult. At thy peril do not do anything that may excite the wrath of the Lord”.

Valerian was cut to the quick by Cecilia’s words and wanted to understand how the love of this Christian God that would impose such a tyranny. Cecilia directed Valerian to meet Pope St Urban who wanted to help Valerian to receive the faith.

Meeting with Valerian, Pope Urban responded to the question that pierced Valerian’s heart “why can’t I love Cecilia”. The saintly Pope responded by explaining the true nature of Valerian’s love for his bride: 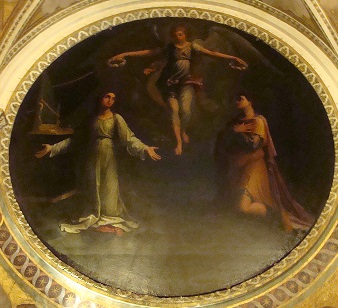 The Lord granted Valerian the light of the faith and so he was baptized. Returning to the nuptial room, Valerian confessed his love for Christ, promised to respect Cecilia’s vow and He too saw the angel. Soon Valerian and Cecilia were busy caring for the poor and such was Valerian’s testimony, his brother Tiburtius was also converted.

These were the times of Christian persecution and eventually first Valerian and Tiburtius, and then Cecilia suffered martyr’s deaths. Cecilia was tortured, beheaded and her remains placed in the catacombs of St Callisto, Rome, until the year 821 when they were transported to the Basilica of St Cecilia where they can still be venerated today. 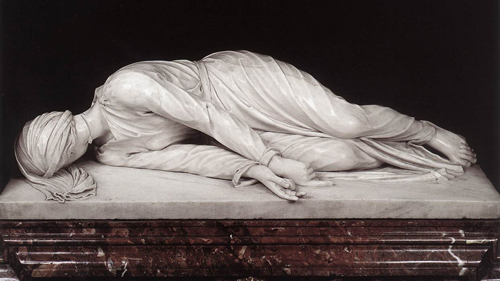