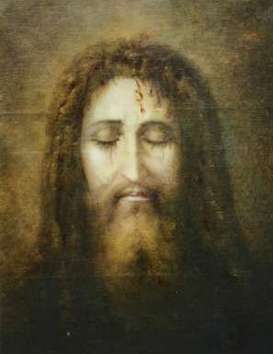 Man has always searched to contemplate the face of God. Jesus told us that “to see Him is to see the Father” (Jn 14:9) and so, the contemplation of Christ’s face is the very contemplation of God. To see the Lord’s face is to somehow have an encounter or to get to know the Person of Christ. Therefore, it is not surprising that the likeness of Christ’s face has inspired Christians to greater knowledge and love of the Lord since the early centuries. 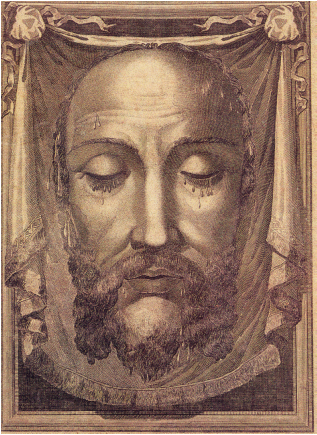 Images like the Veronica, the cloth that bears the imprint of Our Lord’s face during His Passion, is just one example of the so called “acheròpita” or image not made by human hands, that have been venerated through the centuries. Perhaps the most famous is the Shroud of Turin, which is the Lord’s burial cloth, that bears the imprint not only of His face, but His whole body and shows the wounds of His Passion. In fact, this image of Christ only became so vividly visible when photographed for the first time in the late 19th century. It is perhaps even more fitting for our age that is so influenced by images, that Christ left a sign of His presence almost 2000 years ago that could only be fully discovered with the use of the technology of our time.

During the last 200 years, Christ Himself has called for devotion to His Holy Face to repair for the many blasphemies and offences against Him in our times. These devotions have been communicated through two Sisters, Sr Marie de Saint Pierre (1816-1848) and Blessed Maria Pierina de Micheli (1890-1945), who have each indicated separate devotions to Our Lord’s Holy Face. In 1958, Pope Pius XII declared the feast of the Holy Face of Jesus to be the day before Ash Wednesday (Shrove Tuesday) so that this devotion could be practiced in the Church.

Sr Marie de Saint Pierre, a French Carmelite, received messages from Our Lord calling for devotion to His Holy Face. The sister explained that, on the 25 August 1843, the Lord addressed her saying: 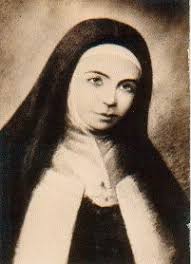 ‘My Name is everywhere blasphemed. Even children blaspheme.’ And He made me understand that this frightful sin, more than any other, grievously wounds His Divine Heart. By blasphemy, the sinner curses Him to His Face, attacks Him openly, annuls redemption, and pronounces his own condemnation and judgment. Blasphemy is a poisoned arrow ever wounding His Divine Heart. He told me that He wishes to give me a Golden Arrow wherewith to wound His Heart delightfully and heal these wounds inflicted by the sinners’ malice.”

In 1845, the Lord revealed to Sr Marie that he wanted a work of reparation and that when faithful souls participate in this work they are like St Veronica, who overcame the indifference of the crowd witnessing the Passion, and wiped His face that was filled with spittle, sweat and blood. The Lord told the Sister “I seek Veronicas to wipe and honour My Divine Face which has few adorers.” 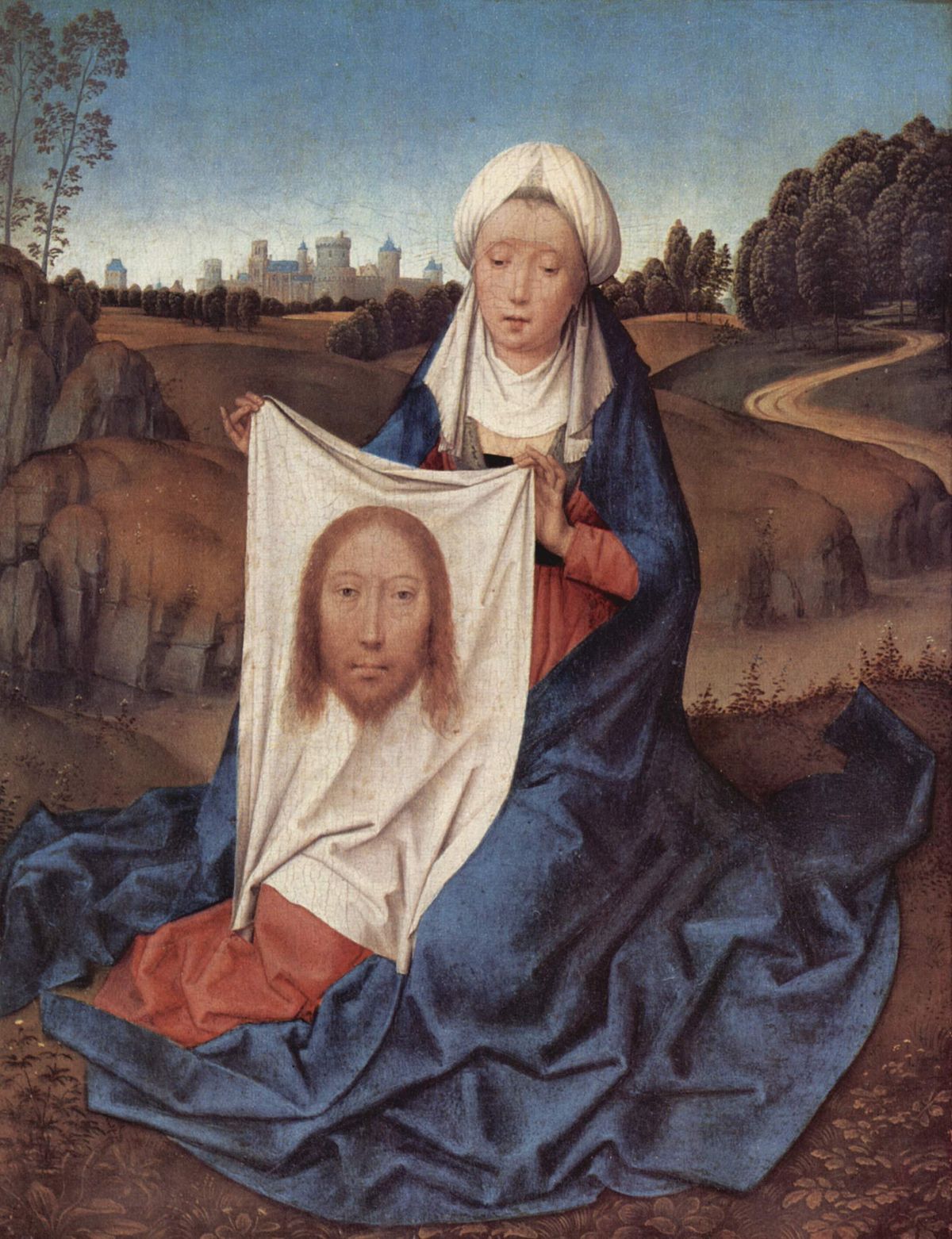 The Lord dictated a prayer known as the Golden Arrow to the Sister that would act as a means of devotion and reparation:

“May the Most Holy, Most Sacred, Most Adorable, Most Mysterious and Unutterable Name of God be praised, blessed, loved, adored and glorified, in Heaven, on earth, and in the hells, by all God’s creatures, and by the Sacred Heart of Our Lord and Saviour Jesus Christ in the Most Holy Sacrament of the Altar. Amen.”

Following the death of Sister Marie, in 1885 Pope Leo XIII established an Archconfraternity of the Holy Face. Some the first members were the family of Saint Thérèse of Lisieux, whose religious name was Thérèse of the Child Jesus and of the Holy Face because of this devotion. 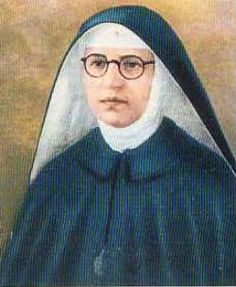 Like Sr Marie de Saint Pierre, Blessed Maria Pierina de Micheli was also urged by the Lord to spread devotion to His Holy Face. At just 12 years of age, she was waiting to venerate the Crucifix on Good Friday when she heard Jesus say, “No one gives me a kiss of love on My Face to make amends for the Kiss of Judas.” The future Blessed replied, “I will give you a kiss of love, Jesus.” When she grew older she became a Sister and enjoyed a life time of intimate union with the Lord.

In 1938, whilst praying before the Blessed Sacrament, Our Lady appeared to her holding a scapular consisting of two pieces of cloth. On one piece was the Holy Face of Jesus and on the other was the Eucharist surrounded by rays. Our Lady told her that:

“All who shall wear a Scapular like this and make, if possible, a visit to the Blessed Sacrament every Tuesday in reparation for the outrages that the Holy Face of my Son Jesus received during His Passion and is still receiving in the Holy Eucharist every day,
– will be strengthened in the Faith, and will be made ready to defend it,
– will overcome all difficulties, internal and external
– and they will have a peaceful death under the loving gaze of my Divine Son”.
In 1940, Blessed Maria Pierina realised and gained Ecclesiastical approval the medal of the Holy Face which is used in place of the scapular mentioned by Our Lady. The imprint of Our Lords face was taken from a photograph of the Turin Shroud and so represents the real face of the Lord. 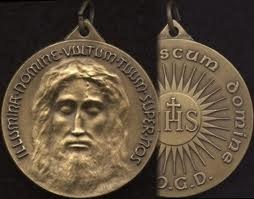 Tuesday Devotion to the Holy Face
The Lord also requested that His Holy Face be honoured each Tuesday and especially on Shrove Tuesday, the Tuesday before Ash Wednesday which marks the start of Lent. Requesting this devotion, Jesus appeared covered with blood and very sadly said to Blessed Pierina:

“Do you see how I suffer? Yet, very few understand me. Those who say they love me are very ungrateful! I have given my heart as the sensible object of my great love to men and I give My Face as the sensible object of my sorrow for all the sins of men. I wish that it be venerated by a special feast on Tuesday, the day before Ash Wednesday. I wish that the feast be preceded by a novena in which the faithful make reparation with me, joining together and sharing in my sorrow.”

In 1939 Jesus said again:
“I wish that My Holy Face be honoured in a particular manner on Tuesdays”.

A fitting Lenten Practice
As part of the preparations for Lent, it is appropriate to celebrate the feast of the Holy Face by spending some time before the Blessed Sacrament and reciting the prayers of reparation. In addition, the repetition of this devotion each Tuesday in Lent may be a means of drawing closer to Our Lord during this time of more intense prayer and conversion.

Prayer to the Holy Face of Jesus

Holy Face of my sweet Jesus, living and eternal expression of the love and of the divine martyrdom suffered for the redemption of mankind, I adore Thee and I love Thee.
Today and for always I consecrate to Thee my whole being.
By the most pure hands of the Immaculate Queen I offer Thee the prayers, actions, and works of this day, in expiation and reparation for the sins of poor creatures.
Make me Thy true apostle. May your gentle gaze be ever present to me and, at the hour of my death, grow bright with mercy. Amen.

Holy Face of Jesus, look with mercy upon me.