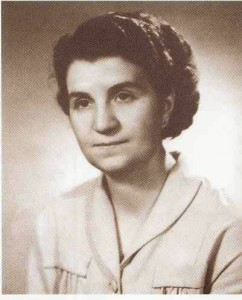 The story of Luigina Sinapi is a precursor to the apparition of Our Lady of Revelation at Tre Fontane.  Exactly ten years before the Virgin of Revelation appeared to Bruno Cornicciola she prepared the way by appearing to another seer, a young catechist called Luigina Sinapi, on the 12 April 1937.

Luigina had arranged a pilgrimage to the Abbey at Tre Fontane for the Daughters of Mary group from her parish.  Whilst walking through the eucalyptus wood, Luigina saw what seemed to be the remains of an aborted child in a grotto belonging to the Orsini Sisters.  She buried the child and, unexpectedly, the Virgin appeared to her and said “I will return to this place because I need the assistance of a man who persecutes the Church and wants to kill the Pope.  Go to St Peters and you will meet a lady dressed in black, who will take you to her brother who is a Cardinal.  You will transmit what I have just told you to him and, in addition, tell him that he will soon become the new Pope”. 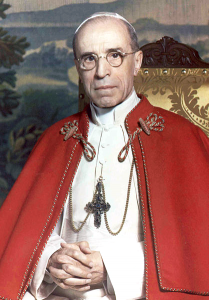 Luigina went to St Peter’s Basilica and met the woman, Elisabeth Pacelli, exactly as Our Lady had foretold.  She was the sister of Cardinal Eugino Pacelli, the future Pope Pius XII.  Thanks to her, Luigina met the Cardinal and gave him the message entrusted to her by the Virgin.  He listened to the message with a certain detachment and then responded “if there are roses, they will bloom”.  A little less than two years later, on 2 March 1939, Cardinal Pacelli ascended to the Papacy with the name Pope Pius XII. 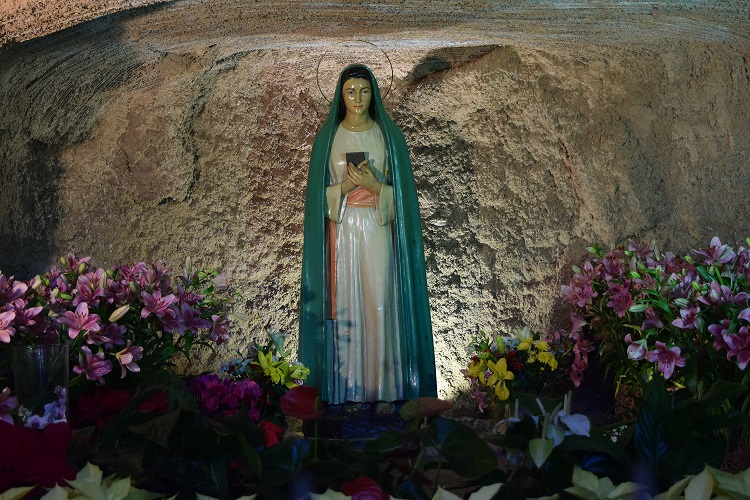 When the news of the apparition at Tre Fontane on 12 April 1947 spread, Pius XII adopted a particularly open attitude towards the event.  In fact, he even confided to a Jesuit priest, Ricardo Lombardi that, “I knew”.  On 22 July 1947, Bruno Cornicciola met privately with the Pontiff to confide the Virgin’s message to him.  The Pontiff cried whilst listening to the Virgin’s message.  He confirmed the veracity of the message and, on 5 October 1947, not even six months after the apparition, blessed the statue of the Virgin of Revelation in St Peter’s Square that was then solemnly transported in procession to the grotto.  To those who asked the Pontiff how to react to the events at Tre Fontane, he responded “But what must we decide? Does it not do good? Do they not pray? Are there not conversions? Are there not healings of marriages? Well then, let’s leave the Madonna to do what we don’t know how to do”.

Yes, we must allow the Virgin to do that what we cannot due to our little faith and infrequent prayers.  May we entrust our lives to Mary with joy and a decisive commitment to love the Lord and our neighbour without worldly compromises.

Let us pray so that we can encircle the world with a constant spirit of prayer that continues even in the noise and activity of our daily lives.