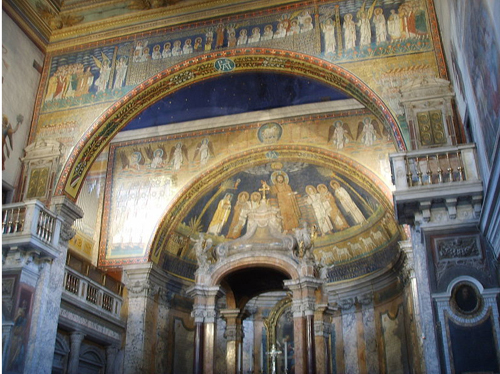 The visit to St Mary Majors Basilica helps the young people enter into the heart of the Christian faith contemplating the God who became man to accompany man on his journey. The Basilica conserves the Lord’s manger from Bethlehem and the splendid mosaics give a marvellous catechesis on the mystery of Christ’s incarnation.

The visit to the nearby Basilica St Prassede permits the young people to follow the shadow of St Peter in Rome and to see the column that Jesus was tied to during his scourging. The mosaics represent scenes from the Book of Apocalypse and eternal life.
To make a school booking, please complete the electronic booking form by clicking on the following link: